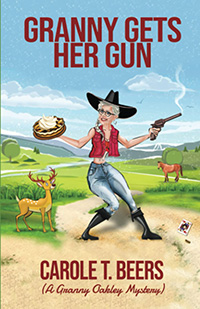 Martha Moses Kane—a former rodeo Queen and a shirttail relative of Annie Oakley—sees being an 80-year-old widow as no obstacle but a banquet. By staying fit, loving pets, baking pies for a cafe and her daughter’s Bed, Barn & Breakfast, she blows a raspberry at old age.

But she’s bored. She wants more. Color. Excitement. Maybe a man. When her daughter dragoons her into headlining a Wild West show like her famous 19th-Century sharpshooter cousin, she reluctantly agrees. But practicing is a blast. Especially with her movie-star-handsome older neighbor, Woody Woodhouse. And the new costume fires her up. Her star will rise again.

There’s only one hitch: Woody shot a trespasser on his hemp grow, is rumored to poach elk and deer all over the neighborhood—endangering Martha, her family and resort guests, with her best friend coming to visit. Can Martha realize her desire to live larger, be a role model and stop the poaching? Or will she crash and burn?

Welcome to the deliciously daring and often dangerous world of “Granny Oakley,” who thinks life begins AGAIN at 80. A country girl with big-city savvy, she wasn’t satisfied with cameo roles in the five Pepper Kane Mysteries. Now she squeezes the day in book(s) of her own.

The Pepper Kane Series In Order 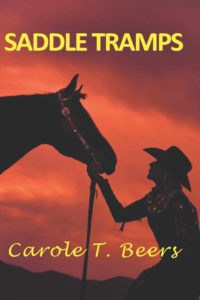 Also available as an audiobook!

Meet Pepper Kane… a sassy ex-reporter, cowgirl, mother of wayward adult kids and daughter of aged parents, who’s putting her brand on a new career in the romantic, mystery-filled modern American West. She has an eye for clues others overlook, and a talent for riding down the deadliest criminals – and lovers Trading her reporter’s ID badge for the vocations of selling horse tack and showing horses, Pepper enjoys her new life and friends in Oregon’s Rogue River Valley. While line-dancing with her Brassbottom Barn buddies one night, she learns a prize show horse has been killed. A suspect herself, she must find the killer before the killer closes in on her. Upping the urgency is that she, her horse and her barn buddies travel from Oregon to California for a do-or-die event to qualify for the World Open Western Show in Texas. Pepper also seeks an answer to her heart’s question about her elusive lover, Lakota-tribal policeman Sonny Chief. Refusing to be intimidated, Pepper uncovers fellow competitors’ secrets – one compelling enough to kill for – while finding an answer for her heart. 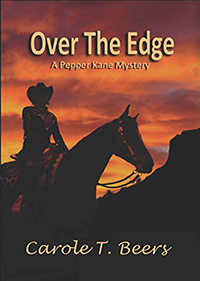 Danger and desire swirl about modern cowgirl-sleuth Pepper Kane as she uses her ex-reporter skills to solve mysteries she suspects are related. A runaway daughter. A rider shoved off a cliff at Oregon’s Table Rock. Death threats to her, her horse trainer and judges at a show in Texas – where Pepper and her Brassbottom Barn buddies will vie for world titles, and for prize money that can save Pepper’s struggling tack store, The Best Little Horsehouse in Oregon.

Time is running out. Dangers escalate. The Law questions Pepper’s involvement in the crimes. Even her unconventional affair and crime-solving alliance with Lakota tribal cop Sonny Chief is in jeopardy.

Arriving in Fort Worth, ready for the show of her life, Pepper stumbles on a body. She rushes to learn who’s behind the murder and how it connects to the other crimes. Along the way, she battles doubt, betrayal and heart-pounding action that can change her life – or end it. 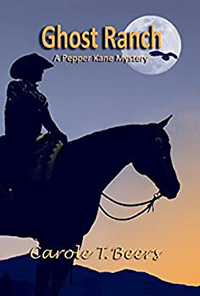 A spirited ex-reporter questions her deepest beliefs and desires while rushing to learn who killed a woman in the long-abandoned cabin of a famous writer—a riverfront gem she and a fellow horsewoman hoped to turn into a guest ranch. The timing couldn’t be worse: She’s preparing for a major horse show and trying to save her tack store, The Best Little Horsehouse in Oregon. But when she receives a death threat and, with her Lakota-police partner, finds shocking evidence related to Indian adoptions, she shifts into overdrive. Unless she IDs the killer, her dreams – and life – will go up in flames.

“I couldn’t put the book down. I look forward to reading whatever she writes next.”
—JoAnn Mapson, award-winning author of Blue Rodeo and Solomon’s Oak 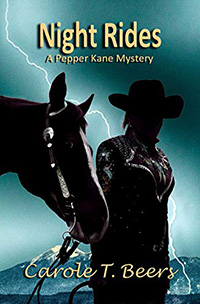 Ex-reporter Pepper Kane and friends bring their horses from Oregon to a Seattle show to vie for jackpots that will kick up their plans for a Western Bed, Barn and Breakfast. On the eve of the show Pepper hears violence going down in a fairgrounds restroom, and learns someone was killed. Security is slow to help. Her Lakota-police partner is busy with another case. A transgender rider is threatened. When Pepper’s daughter doesn’t return calls and Pepper herself is threatened, she sticks the spurs to her sleuthing.

The effects of prejudice, even when buried so deeply we don’t see them, drives this story. Through action and adventure in a darkly beautiful NW setting with dashes of humor and romance, we are reminded what open minds, friendship and honor really mean. 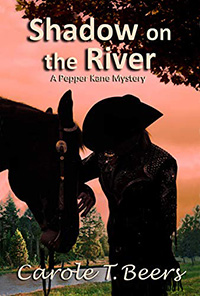 Spirited ex-reporter Pepper Kane and her business partner, cowgirl poet Tulip Clemmons, have poured their life savings into The Best Little Bed, Barn & Breakfast in Oregon. Things look rosy until the hot new wrangler is murdered in a horse stall. Guests fear for their lives and the two friends fear for their future. The fright factor ratchets up when a pretty female guest turns up dead and police put the ranch on lockdown.

Pepper and Tulip have faced perils and betrayals before. But none this close to home. Pepper also must deal with crises involving her aging parents and her Lakota-cop partner. With everything on the line and her back to the wall, can she prevail? 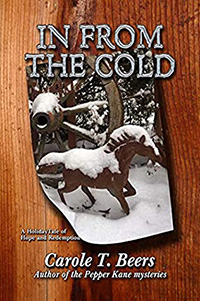 A Holiday Tale of Hope and Redemption

Jack Pennington has a heart as big as Oregon’s Rogue Valley, where he’s delivered agricultural equipment and taken in foster children for years. Stalled in his marriage, dreading retirement, and making his final runs over the pass to Klamath Basin, he sees an old, abandoned horse that won’t make it through the coming blizzard. Carly Brown’s life with druggie parents changed for the better when she joined Daddy Jack’s family, and then had a baby with her fiancé. It crashed again when her partner assaulted her, and the baby had special needs. Now her struggles to make a better life for her and her son also seem doomed to fail. As Christmas draws near, can a despairing old man and struggling young mother find a way through cold prospects to a warmer, brighter future? 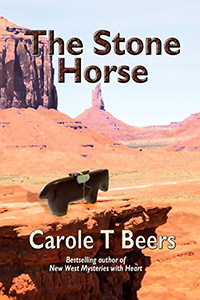 Featuring illustrations by the author

A just-born Zuni fetish horse—not the prettiest animal on The Carver’s worktable—yearns to find the special human he’s meant to help with his magical powers. Doubt and enemies block him. Dreams and the powwow trail test his resolve. Using his wits, discovering truths, he makes friends with a kindly blue bear and leaps over limitations and heart-stopping danger to find his perfect home.

Winner of the WILLA 2022 Literary Award for Young Adult Fiction/Nonfiction from the Women Writing the West international organization! 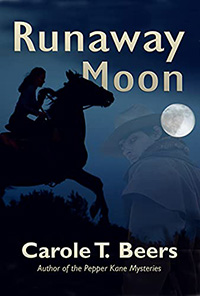 At midnight seventeen-year-old Cora Cassidy gallops away from her abusive foster family on a modern Oregon ranch to illegally catch mustangs. She aims to be a famous writer and trainer. Though the desert is breathtaking, its way is hard. Cora learns how to survive and meets helpful strangers. But she also tangles with mustang poachers, battles a would-be rapist and faces blowback for her stubborn pride. And why does that Indian cowboy keep showing up?

When she’s injured, two crusty sisters out deer-hunting take her to recuperate at their ranch. She learns what a loving home is like—until her darkest secrets emerge. A last desert run with an unexpected ally can bring Cora prison, death… or redemption. 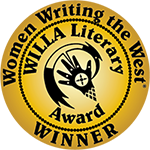