KSKQ in the Morning Interview of Carole T. Beers about how Pepper Kane mysteries celebrate the New American West, Oregon’s Rogue Valley, horses, and the joy and risk of being an amateur sleuth. Recorded Sept. 25, 2017.
Click the arrow to play:

KAJO 99.7 FM Radio “Community Spotlight” featured an interview with Carole about Over the Edge on Sept. 19, 2017.
Click the arrow to play:

This Ashland Daily Tidings report on the appearance by Carole T. Beers and other authors at the 2016 Ashland Literary Festival appeared October 11, 2016. 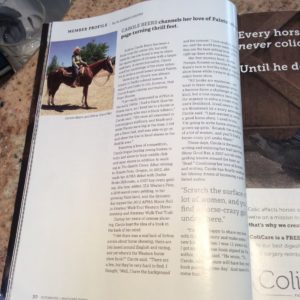 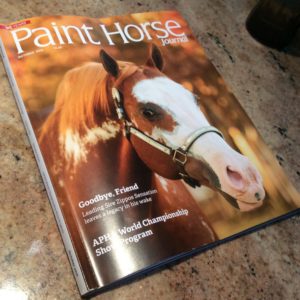 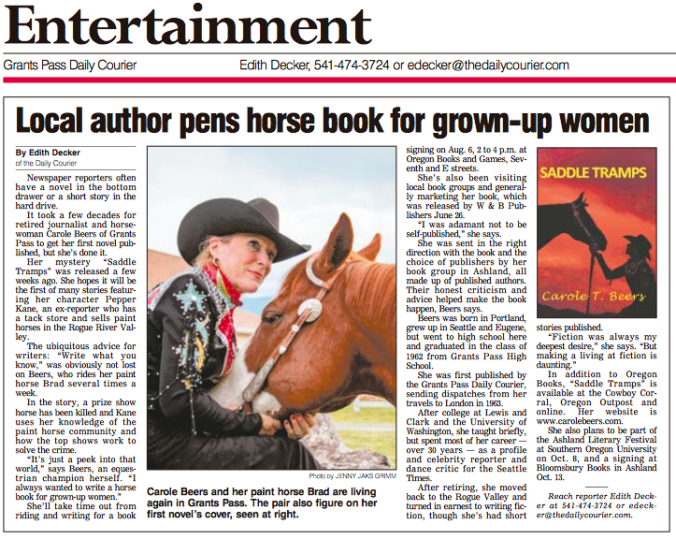