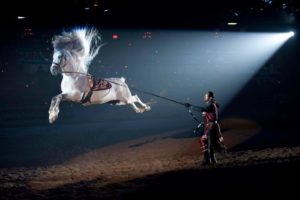 “MAIN CHARACTERS: YOU DO EVERYTHING YOU CAN TO RAISE THEM RIGHT, AND AS SOON AS THEY HIT THE PAGE THEY DO ANY DAMN THING THEY PLEASE.”

They’ll do it almost every doggone time. You grab a cup of coffee, fire up the PC, make sure the dogs are curled comfortably under your desk, and start finger-dancing on your ergonomically correct keyboard. Reading and editing back a chapter or so. Finally picking up where you left your hero or heroine the day before.

If you’re lucky, and “the moon is in the seventh house,” your characters walk or run here and there with purpose. They look this way and that, including inward. They have engaging adventures and interactions, They move your outlined plot along. Until they don’t.

Suddenly they veer off course, drawn by the gloomy or glittering horizon, or plunged into a calamity, conversation or contemplation you hadn’t planned. Things were getting a little dull in the writing anyway. You needed something to break it up, shake it up. What the heck, you think. Let’s embark on this side road and see where it takes us. And you give your character a green light. Maybe even a sturdy shove.

What serendipity, you think. I’m a better writer than I thought. This book is gonna be killer.

“Pull up! Pull up,” shouts that small, not-so-still voice. “Get out, before it’s too late!” You know you’re about to crash and burn if you keep going off course, out of gas. But you are slow to realize it and take corrective action. It was all going so well …

I’ll give you an example from a near-death experience I had in a work-in-progress, the sequel to my “Saddle Tramps” mystery featuring ex-reporter Pepper Kane.

One minor character, my heroine’s adult daughter, Chili, about two-thirds through the book, with several other pressing dramas unfolding, calls to tell her mom she is pregnant — unwed, older, unemployed and bedding a MidEast immigrant who’s dumped her before.

I wrote on, digging myself deeper. Pepper with yet another problem. This was getting really good. I thought.

Lucky for me, the writer’s guardian angel wrote to the rescue before it was too late. She whispered in my ear after only two pages of this Chili silliness. I am not always that lucky!

The angel put this thought in my fevered brain: “Hold on, Chili! You have an interesting challenge. But not in THIS book. This is not Women’s Fiction, but a New West cozy mystery. Your mom has a horse to show, love issues of her own, and several bigger mysteries to solve. Later, Gator!”

Chili sank into a pout, but finally sucked it up and behaved. I told her that her condition was a false alarm, anyway, so why mention it?

I like to give characters free rein. But not NO rein.

Other examples of character independence-gone-wrong abound. Pepper had a small string of coincidences that helped her solve a mystery too early in the book. I figure she was just being lazy. Hey. I can relate.

Another time, her lover, Sonny Chief, was going to share in detail about his own adult kids, and about his important role at a Native American protest. I said, “Do it on your own time, Officer Chief. We love you almost as much as Pepper does, but it’s her story, after all!”

This gives you a notion of how writers deal with some of a book’s thornier issues. And maybe it also aligns with some of your own writerly, life-erly challenges.

The quote up top is true not only for writers, but also for just about everyone who tries to create something or make things better — including kids, Boston terriers, even themselves. Here’s to guardian angels. And to making the right calls!