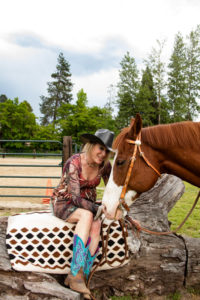 Horse whisperers. They are a special breed, aren’t they? Able to move near a wild or fractious equine, make a simple gesture, take a certain pose and say a word or two that transforms the animal into a lap dog. Well, kinda. If it’s a very big lap. But you get my drift. Horse whisperers — and dog whisperers, thank you, Cesar Millan — seem to mysteriously persuade the timid, hesitant mouse or aggressive, fire-breathing dragon into a useful and compliant partner.

But what of the timid or hesitant BOOK that lulls a reader to sleep? Alternately, how to tame the charging word-dragon that roars into a writer’s or other artist’s brain, and threatens with one exhaled breath to immolate your entire project while still a-birthing?

A book whisperer knows how to get the story’s (read: author’s) attention and respect. He or she can persuade a book-in-progress to bend to his/her will and wisdom so that it moves the way it should to share a life-truth through good storytelling, but also to connect positively with readers and make them excited to open that book again.

If you are lucky, you will have such a wizard in your contacts. Or you will be referred to someone with a knack for rooting out the problem with your creation. With the experience to confront it in the right way. And with the grit to fearlessly march in and split an infinitive if it sounds right, or end sentences with a preposition, if that’s what’s called for. Hey, if you don’t rattle a few grammatical cages, how do you put your unique writing brand on the fiction beast?

But, you say, I cannot find, or worse, AFFORD, a book whisperer.

A good writing friend or critique group can whisper, even shout, if necessary. Monday Mayhem, my own band of published-souls in Southern Oregon, has played this role often in my ten years in the fiction trenches. “Here, you solve your heroine’s problem much too quickly and conveniently. Coincidence overload.” Or, “There, your sentences are too long, too complicated, with too many commas.” And, “I fell asleep. Cut this by half or delete it altogether. It adds nothing to your plot or characters.”

I am happy to say I also play “whisperer” for those in my critique group.

However sometimes in the process of writing and editing — between critique sessions or just for the hell of it — the plot balks. It sinks into a sulk. It will NOT move forward nicely, or crashes into the fence when I urge it forward.

At such times I have no choice. I must take a calming breath, pull on my big-cowgirl boots and become my own book whisperer.

First, I size up the problem. Then I break it into doable chunks. Zero in on the point of where it all went rogue, often in a simple bit of dialog or a thought. If I massage it, change a word or sentence, point it in another direction, will this section work? If I just cut the offending parts, maybe the rest will relax and behave as it should. I fiddle, I tweak, or I crack the whip. The doing, the trying this or that in escalating increments, does the trick. Fretting, overthinking, doesn’t.

Sometimes we need shouting or other extreme measures to affect change. It gets attention. It occasionally works. But many times, not so much. Neat to know.

Eureka! This found or re-found incremental approach, backed up by knowledge and assurance, works for writing. Better, it can be applied to other challenging life situations. Like, say, cake-baking, child-rearing and nation-shaping — not to draw too many parallels between these. I wouldn’t want to get trampled here.

Best, strong whispering encourages that which is being being whispered to — whether a horse, a book or a fractious person — to actually listen, take their reactions down a tick and maybe learn to whisper some on their own. Everyone wins. Awesome,